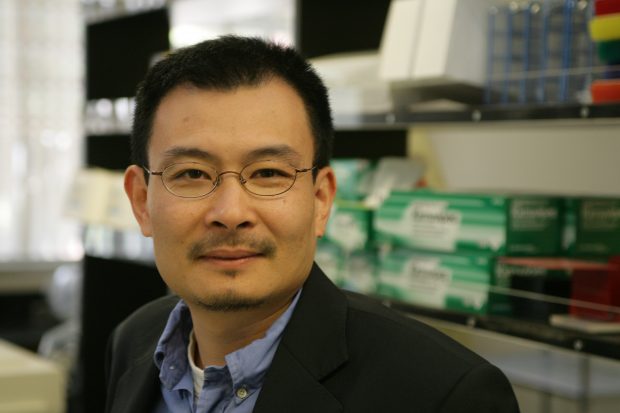 The work of Dr. Simin Liu, professor of epidemiology and medicine at Brown University, focuses on understanding the deep complexity and connections underlying type 2 diabetes, cardiovascular disease and their risk factors. On Nov. 16 the American Heart Association announced that it will back him in those studies with a new high-profile award.
The AHA will provide Liu with $500,000 over two years as one of the first researchers funded under its Cardiovascular Genome-Phenome initiative.

“These scientists are building the future on the power of the past and are following in the footsteps of the American Heart Association’s founders in a bold and novel way,” AHA President Dr. Elliott Antman said while announcing the grant winners during his presidential address at the AHA’s annual meeting in Chicago Nov. 16, 2014.

Liu said he is honored and grateful to the AHA for the award recognizing his team’s work in systems medicine and epidemiology. Last month Liu and his collaborators published a study in the journal Circulation: Cardiovascular Genetics revealing common genes and biological pathways connecting type 2 diabetes and cardiovascular disease. Now, he said, he’ll be able to build on that, for instance by looking at the interactions of genes and diet among different ethnic groups.

“The AHA CVGPS Award will allow us to harness the rich genetic, genomic, and phenotypic resources from the Framingham Heart Study, the Women’s Health Initiative, and the Jackson Heart Study to comprehensively investigate biological pathways, gene regulatory networks, and key regulatory genes perturbed by genetic and dietary factors of vascular diseases, using multiple computational and statistical approaches,” Liu said.
His ultimate goal is for the work to yield improved strategies for fighting the diseases, which affect tens of millions of people worldwide, he said.

“By applying systems biology principles and innovative computation strategies that integrate multi-omics data with dietary information in the well-characterized multiethnic populations, we will gain better understanding of both shared and ethnic-specific mechanisms for vascular disease development,” he said. “The mechanistic insights will ultimately lead to improved strategies for the prevention, diagnosis, and treatment of these highly prevalent diseases and help address health disparity.”