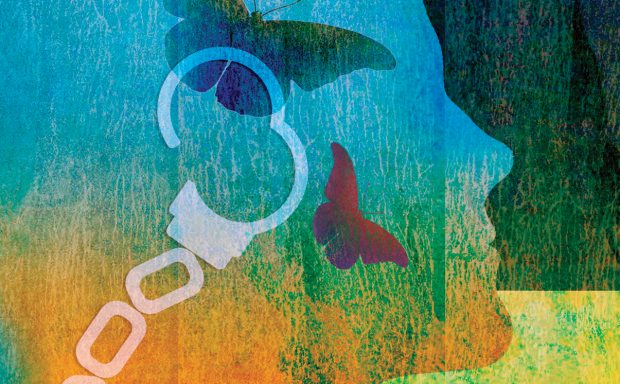 Governor Gina Raimondo recently said “If we treat people with substance-abuse problems instead of sending them  [to prison], we’re going to save money and save lives.” Addiction is at the forefront of public health discussion  as the epidemic continues to have a stranglehold on the United States. The National Institute on Drug Abuse estimates that we spend over $600 billion annually on substance abuse. In recent years the abuse of opioids such as heroin, morphine, and prescription pain relievers in particular has been a major public health issue. In fact, it is estimated that between 26.4 million and 36 million people abuse opioids worldwide.

Such a serious problem prompts impactful intervention. Organizations across the nation are working hard to intervene on this problem and create effective, sustainable change. This is an epidemic that has become problematic not only for the individuals suffering from the condition, but for the society as a whole. This issue of Continuum will focus on addiction and some of the measures that are being taken by students and researchers at the Brown University School of Public Health as well as our local community to combat this challenging public health issue.

Addiction is at the forefront of public health discussion as the addiction epidemic continues to have a stranglehold on the United States.

One of the ways Raimondo is responding to the opioid addiction crisis in Rhode Island is establishing an Over-dose Prevention and Intervention Task Force. The task force includes three Brown University School of Public Health faculty members whose job was to develop a plan that would combat the addiction problem and reduce opioid overdose deaths. The task force recently published a report that outlines a four part plan to tackle this problem. The Providence Center, a community resource that provides mental health and substance use services to Rhode Island, is also working to combat the addiction problem. They offer a wide range of programs for all ages struggling with substance abuse.

In a time where addiction has grown into an epidemic and opioid abuse is making news headlines, public health is essential. The consequences from the opioid addiction epidemic have been disastrous. Since 1999, the number  of unintentional overdose deaths from prescription pain killers has quadrupled. The Brown University School of Public Health and the Rhode Island community are utilizing public health strategies to eradicate this significant driver of morbidity and mortality in the United States through interventions, education, and research.