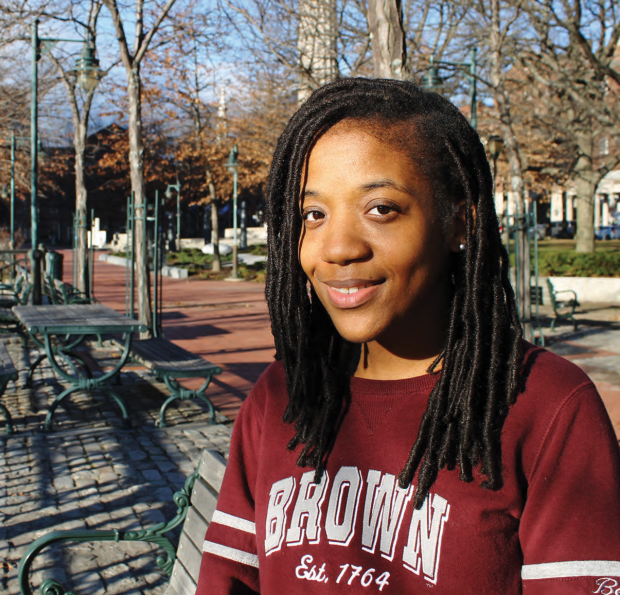 Ashley Lowery always had a passion for health, but didn’t always know that public health was the right choice for her. As an undergraduate student at Jackson State University she studied psychology and was drawn to drug and alcohol abuse related issues. An internship at Washington University in  St. Louis combining psychiatry with public health practices sparked her interest in the field. Her growing passion and interest in public health was solidified by corresponding public health courses that she took her senior year of college. Today, Ashley Lowery is a second year Master’s student in Behavioral and Social Health Sciences at the Brown University School of Public Health.

One thing that draw Lowery to public health was the flexibility it allows for combining disciplines. Public health has given her the opportunity to fuse together her interest in psychiatry with public health ideologies. She came to Brown University hoping to gain research experience and to help communities on a large scale and the School of Public Health has allowed her to do just that. Lowery is currently working with Dr. Kate Carey on a research project that looks at the drinking environment on college campuses. Lowery says “I came to Brown University wanting to gain as much experience as I could, working with Dr. Carey has been an incredible opportunity.”

Lowery is working on a project that focuses on examining  self–other differences (SODs) for college student’s approval ratings of intoxicated behaviors. Due to the subjective nature of social norms, differences are often observed between people’s evaluations of their attitudes or feelings and how they perceive others to feel. These discrepancies that arise within self versus other comparisons are referred to as self-other differences (SODs).

Similar to attitudes, these self-other differences are subject to variability depending on several factors such as gender and race/ethnicity. Lowery will examine whether SODs exist among college students regarding intoxicated behaviors and also if gender and race are significant predictors of variance in those differences.

Researchers have examined SODs in regards to several norm targets such as protective behavioral strategies, levels of drinking, and consequences but SODs in the context of intoxicated behaviors has yet to be explored. This research project will add to the existing literature by adding insight into college students personal attitudes toward intoxicated behaviors as well as how accepting they perceive others to  be of those same behaviors. The findings of this study may also be useful in developing future interventions utilizing normative feedback.

Lowery says that the classes she has taken at the Brown University School of Public Health have improved her research abilities and enhanced her skillset. She says “Brown University has provided me with a great network of people;  I have tons of resources, and get to work with the best researchers in their field.”