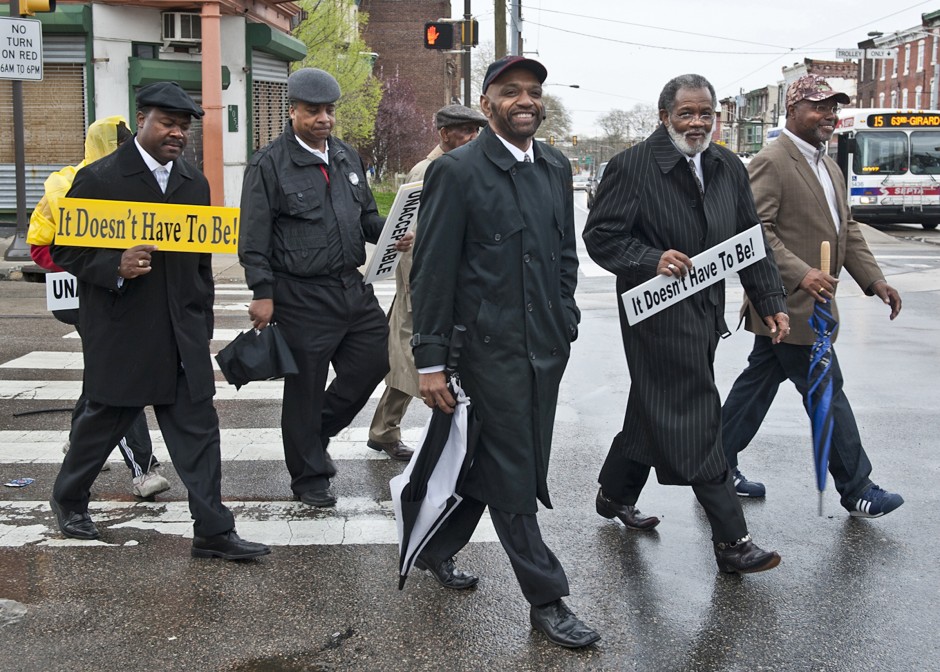 Whether it’s providing a source for fresh fruits and vegetables, encouraging physical activity in school-aged children, or expanding access to HIV and Hepatitis C testing, the ultimate goal of all the Rhode Island Public Health Institute’s programs is to eliminate health disparities, in Rhode Island and beyond. Eliminating health disparities is a tall order. Many health concerns, from heart disease, asthma, obesity, and diabetes, to HIV/ AIDS, and hepatitis B and C, disproportionately affect racial and ethnic minorities. The complex causes lie in a web of poverty and discrimination which lead to higher stress and lower educational and economic opportunities, and ultimately, poor health outcomes. Dr. Amy Nunn, Associate Professor of Behavioral and Social Sciences in the Brown University School of Public Health and Executive Director of the Rhode Island Public Health Institute, explains that “everything we do is focused on improving health outcomes.”

As leader of the non-profit (501(c)(3)) housed in the School of Public Health, Nunn is bridging public health research and practice. At the Rhode Island Public Health Institute “we bring our data resources and analytical skills to bear on problems in the public health sector,” she said. Problems like Rhode Island’s hepatitis C epidemic. Dr. Nunn conducted the first and most comprehensive study to date of hepatitis C in Rhode Island, and found the problem to be far more extensive than previously understood. According to a report released by the Institute along with its partner, the Rhode Island Department of Health, as much as 4-7 percent of the population may be infected by the hepatitis C virus (HCV).

Identifying the problem is an important first step. Educating and screening the public, and expanding access to treatment is the goal of the Rhode Island Hepatitis C Action Coalition, one of the Rhode Island Public Health Institute’s seven innovative public health programs that are currently working in communities across the country to address health disparities from multiple angles:

FOOD ON THE MOVE

Do One Thing, Change Everything is a testing and treatment campaign that attempts to address the unmet need for HIV and HCV testing and care services in Southwest Philadelphia. The comprehensive, community-based approach to HIV testing launched in June, 2012 includes a large-scale social marketing and media promotion plan and massive mobilization of community leaders and local institutions to promote and destigmatize testing.

The project focuses on expanding testing in neighborhoods with high rates of infections and limited testing and treatment services. The primary goal is to diagnose and link as many individuals as possible to care services to reduce racial disparities in HIV and HCV infection. The secondary goal is to create a neighborhood-based HIV and HCV prevention model that can be replicated in other urban settings, with a focus on federally qualified health centers.

Philly Faith in Action emerged out of a 2010 citywide campaign to promote more widespread HIV testing and HIV/AIDS awareness in congregations across the city of Philadelphia. The program launched in the fall of 2012 and works to fight stigma by sponsoring media and social marketing campaigns including billboards and bus ads of Philadelphia clergy that promote HIV testing prominently placed around Philadelphia; video clips of Pastors and Imams giving their testimonials about HIV/AIDS; and new HIV/AIDS educational materials tailored for faith settings available for free to congregations nationwide.

The 2011 National HIV Surveillance Report ranked Mississippi with the 7th highest for rate of HIV infection in the US. Mississippi Faith in Action was founded in 2013 to increase participation among faith-based leaders, representing predominantly African American churches and houses of worship, to take part in this congregational approach to combatting HIV infection. Mississippi Faith in Action promotes HIV/AIDS awareness, offers testing and treatment, and fights stigma.

Based out of the Miriam Hospital HIV/STD Prevention Clinic, Do It Right is a social marketing campaign to promote HIV and STD awareness and screening across Rhode Island. The HIV/STD Prevention Clinic at the Miriam Hospital Immunology Center is the only clinic in
the State to offer comprehensive STD screening. Officially launched at Rhode Island PrideFest, Do It Right raises awareness about the Miriam’s free services, including free testing and care, irrespective of ability to pay. Developed in response to high rates of STDs in Rhode Island, the clinic is supported by the RI Department of Health and the Miriam Hospital. Along with these services, the Clinic also provides education and access to preventive services including condom distribution, risk-reduction counseling, PEP, PrEP, linkage to primary care, substance abuse, mental health and social service referrals.

The primary goal of the Rhode Island Hepatitis C Action Coalition (RIHAC) is to reduce the Hepatitis C virus disease burden in Rhode Island and to advance HCV screening, confirmatory testing, treatment, and cure. The coalition is comprised of more than 75 stakeholders, including clinicians, advocates, public health officials, community-based agencies, researchers, and public servants. RIHAC also leads efforts to enhance and scale HCV screening and treatment in the state of Rhode Island through advocacy and education, capacity building, and provider training.

PowerUp P.E. is an initiative that creates and disseminates evidence-based training materials and resources for Physical Education teachers to help students become more physically active during P.E. With funding provided by Active Living Research and the Robert Wood Johnson Foundation, PowerUp P.E. offers training videos demonstrating fun and interactive ways in which elementary school P.E. teachers can increase their students’ physical activity levels and a downloadable toolkit for P.E. teachers that complements these videos. The goal of the program is to increase children’s physical activity levels in an effort to prevent and reduce the prevalence of obesity and other chronic diseases and to improve the overall physical and mental health of children.