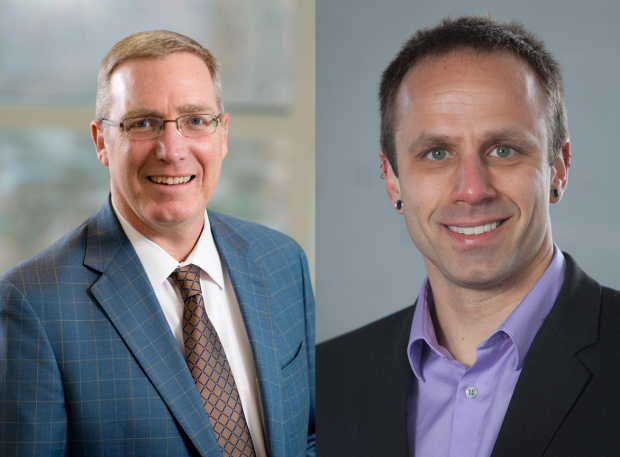 Hogan has been a member of the Brown faculty since 1995, rising through the ranks to become Professor of Biostatistics in 2008. His research focuses on statistical methods for handling missing data, causal inference, and sensitivity analysis; his applied focus is on HIV/AIDS and behavioral sciences. Hogan earned a B.S. in Mathematics from the University of Connecticut, an M.S. in Statistics from the University of Southern California, and his Sc.D. in Biostatistics from Harvard University. He is widely published in the peer-reviewed literature and has been recognized by several honors and awards, including appointment as Manning Assistant Professor at Brown and election as a Fellow of the American Statistical Association. For several years, he has served as the Co-Director of the Biostatistics Program for AMPATH, an international consortium of universities focused on prevention and treatment of AIDS in Kenya, where he has helped develop and foster the local research infrastructure in the quantitative sciences. Hogan is the Co-Director of the Biostatistics core for the Lifespan/Tufts/Brown Center for AIDS research and the Principal Investigator for the Biostatistics Core for the Brown Alcohol Research Center. In these roles he not only leads innovative research but also fosters career development for junior faculty. Hogan is a gifted teacher whose mentoring garners the highest level of education from undergraduate and graduate students.

Braun is an internationally recognized researcher in the field of environmental epidemiology and children’s environmental health. He earned his B.S. in both Biochemistry and Nursing from the University of Wisconsin, and completed his MSPH and Ph.D. at the University of North Carolina. His research on lead, tobacco smoke, and endocrine disrupting chemicals has influenced public policy and regulation in the U.S. and abroad. His publications have been cited extensively in regulatory documents on lead exposure in the U.S., Canada, and Europe. Braun’s 2010 study on bisphenol A and child neurodevelopment was a key study used by a WHO/FAO advisory committee. He has been recognized for his expertise on children’s environmental health and has been invited to present his work at the University of Michigan, Columbia University, and the Harvard School of Public Health. He has served as an advisor to a National Academies of Science panel on low-dose endocrine disrupting chemical exposures and in 2013 was an expert on a panel related to the health effects of folic acid supplementation. In 2015, Braun co-facilitated the successful NIEHS workshop on chemical mixtures and has gained prominence as an expert in the health effects of environmental chemical mixtures. He serves as an Associated Editor for Environmental Health Perspectives, the preeminent journal in the field of environmental epidemiology. He has regularly received excellent reviews for his teaching and has successfully mentored undergraduate, Masters, and Ph.D. students, as well as postdoctoral research associates.