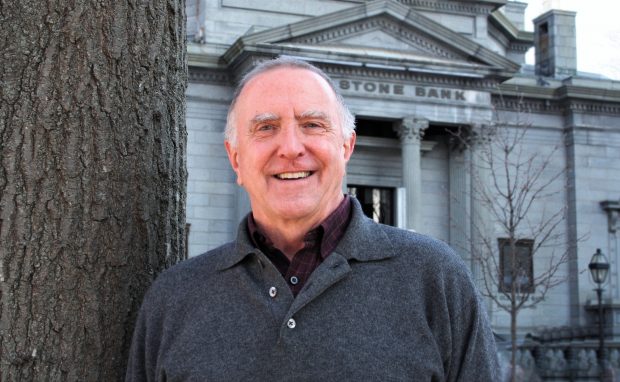 Mentoring global health leaders and teaching “Burden of Disease in Developing Countries” since 1993.

Tell us about your early career and about the evolution of your interest in global health, specifically your interest and experience in Samoa and American Samoa.

My training is in biological anthropology, so my first masters and my PhD are in that field. During that time, I became less interested in understanding human biology, and more interested in studying the environmental, evolutionary, and genetic forces that underlie health and wellbeing. So I began to read about public health and epidemiology, and became interested in a newly developing field called international health. It was concerned with the sociocultural and biological basis of health in developing countries. During the fourth year of my PhD program, I went to Hawaii to study Samoan migrant populations living on the island of Oahu. While there, I analyzed what happens to the biology and overall health of this population when they change their way of life very rapidly. After I finished my PhD, I completed my MPH in Epidemiology, and have been studying people in independent Samoa and in the US territory of American Samoa continuously since that time.

What do you think has been your most impactful or significant finding?

Throughout my career, I’ve been trying to measure and document what we have come to call the “Nutrition Transition” in the Samoan and American Samoan populations. The “Nutrition Transition,” also known as the modernization or westernization of the diet, means that people are eating more processed foods with more sugar, sodium, and fats in them, and as a result are consuming fewer of the healthy micronutrients that our bodies need. This has been a theme throughout my career, but we recently published a major paper in Nature and Genetics on a novel genetic variant in Samoans that we found that had never been reported before and had never been found to be related to obesity before. This  gene variant is positively associated with obesity, but negatively associated with diabetes. This is very interesting because we usually find that obesity and type two diabetes are positively correlated with one another. We think this gene confers some relative protection against type two diabetes, and contributes, along with other things like diet, to increased levels of body mass index or obesity. This is interesting partially because of its novelty, for this gene is not found in any other populations. As a result, we have several new NIH grants that are going to help us unpack how this gene interacts with different biological pathways and diet and physical activity. Opening a new lab at the Samoan Ministry of Health

relationship between obesity and diabetes of this new gene we found. We are out in Samoa right now collecting intensive phenotyping data on body composition, specifically looking at glucose and insulin responses under changes. We are also measuring eating habits and levels of physical activity to try to understand the potential metabolic pathways associated with this gene. In order to design potential interventions, or even discover a helpful drug that targets these pathways, we have to know the gene’s mechanisms. This pathway could be shared by many other humans, so by learning more about it, we could have the potential to impact health all over the globe.

Tell us about your teaching experience here at the School of Public Health.

Before there was the School of Public Health, and before there was a program in public health, I taught a course called the Burden of Disease in Developing Countries, and I’m still teaching it now. It involves a variety of guest lecturers who come in and present on their specialties, whether it’s schistosomiasis, HIV, or humanitarian emergencies, such as refugee health. Students from all different disciplines, programs, and departments take it. It’s a course that gets good evaluations and students learn a lot, and we definitely make them work hard.

Why is it important to teach undergraduate and graduate students about global health?

I think that this age of students, especially at Brown, is more aware of the world than my generation was at that age, simply because of the reach of the global news media ultimately making them more mindful of health inequalities. Health inequalities have always been with us on a national and global scale, and the focus on them is very appealing to students. We need to educate people about the level of these conditions and better explain the relationship between the way the world is ordered politically and the subsequent role that has in the production of social, economic, and health inequalities. One important theme in my course is the role of conceptions of human rights and the human right to health. Students at Brown are eager to hear about this and we try to present high quality scholarship about these issues. It becomes more than their commitment to social change and social justice, and grows into learning how to create change by understanding the peer-reviewed published literature that suggests the best way to think about these things.

What has been the history of studying global health at the School of Public Health and Brown?

I’ve been at Brown since 1985, and when I began, global health was called international health.

Brown has always had a good record of global health being studied in different disciplines around the university and it’s still that way. In fact, the community of people in global health has representatives from departments such as engineering and economics. Even though we may have disciplinary differences, we can create a shared trust and intellectual vision in global health that will help us to reduce health inequalities wherever we find them. While reviewing the new Global Public Health Master’s program, the higher administrative committees at Brown reminded us to keep these conversations and connections alive so that this interdisciplinary degree not only reflects the faculty in the School of Public Health, but also the scholarly pursuits of people in other departments. We hope this program attracts people with many different backgrounds as well.