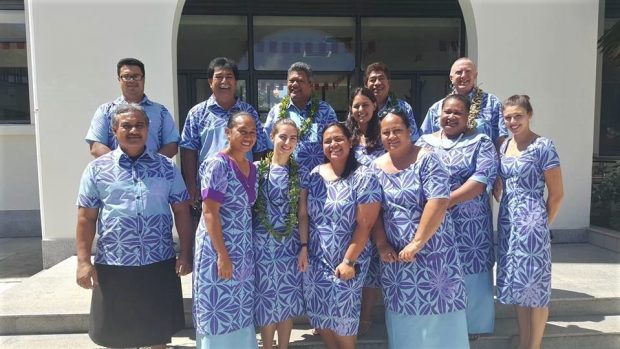 The Obesity, Lifestyle and Genetic Adaptations (OLaGA) lab, led by Stephen McGarvey, professor of epidemiology, and Nicola Hawley, assistant professor of chronic disease epidemiology at the Yale University School of Public Health, is a unique new research laboratory at the Pacific island nation’s Ministry of Health. Lab researchers will conduct three studies at three distinct stages of life —birth, childhood and adulthood — to understand and address the nation’s unusually high rates of obesity.

“Non-communicable diseases (NCDs) stemming from obesity — diabetes, cardiovascular disease, kidney disease and cancer — are not only a threat and a cost to individual health, but to Samoa’s long-term economic and social development,” the prime minister said. “This collaboration, between our ministries and two outstanding universities in the U.S.A., allows Samoa to be at the forefront of the primary research needed to drive our NCD prevention and treatment agenda.”

He noted that the lab includes the first dual-energy X-ray absorptiometry scanner in the Pacific islands. The instrument precisely measures body composition, including fat, lean mass and bone. McGarvey said the scanner, funded by the U.S. National Institutes of Health, will play a role in all three studies.

The team is particularly interested in better understanding the role of a rare genetic variant they discovered last year that appears to contribute to a higher risk of obesity but a lower risk of diabetes.

“We do not yet know how this gene influences basic biological mechanisms and thus how it influences overweight and diabetes,” McGarvey said. “The new research taking place in this laboratory should provide greater biological understanding of how this gene affects NCDs. We are also taking the opportunity to use some of the research equipment for studies of children and infants so we can try to understand how early in life health indicators change that might help partly predict later NCD risk.”