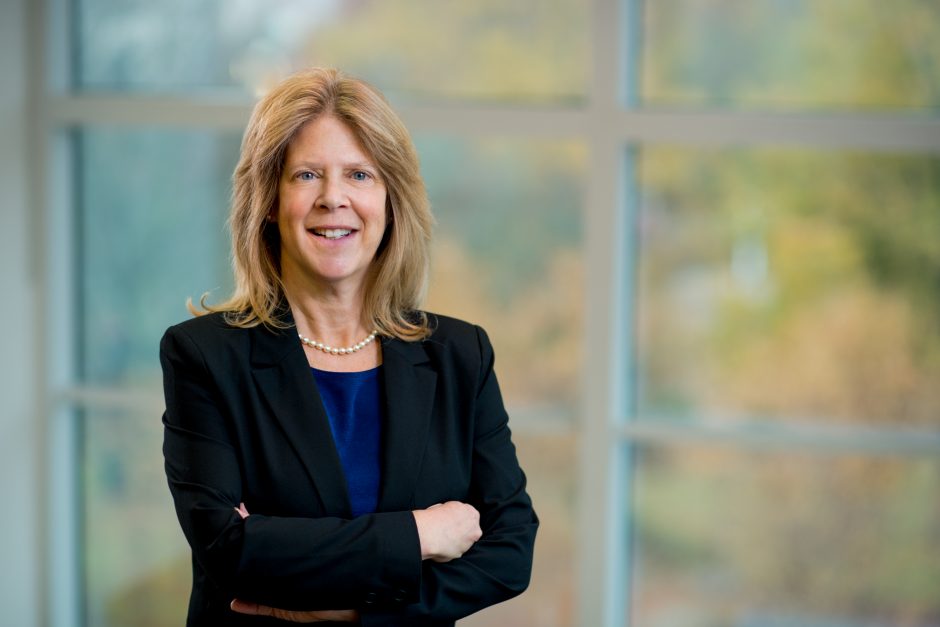 With a rabbi father and a social worker mother, helpers and healers were very much a part of Bess Marcus’s growing up. The Marcus family was all about helping relationships—in the family, and in the community. Her father’s heart disease was another important part of her growing up.

“I was always trying to get him into stress management programs,” Marcus said. “After his second heart attack, he called me excitedly: ‘Guess what? Now I can take that stress management class you wanted me to take.’  And I thought: Why, after you’ve had two heart attacks, does our system then say you’re worthy of this program?”

Marcus’s interest in exercise started when she was an undergraduate at Washington University in St. Louis. She conducted a senior honors project examining the differences between girls and boys in terms of their stress, mood, body image, and self-esteem.

“I found the boys were much more confident, and had higher self-esteem and better mood than the girls,” Marcus said, “and, that for both boys and girls, if they participated in sports or exercise, their self-esteem was higher.” Marcus continued investigating exercise during her graduate studies at Auburn University.

“I started running exercise programs for students who weren’t exercising,” she said, “and I measured their body image and their self-esteem and their mood, and I found very strong relationships. If they were exercising, they were happier and had more energy and they liked themselves, and yet, they didn’t stick with it.” In her Doctoral work she studied adherence. Why is it that people don’t stick with exercise?

“I found it a conundrum,” Marcus said, “this drug of exercise. If people take it, they say all of these great things about it, yet they don’t keep taking it.”  She tried different strategies to increase adherence and found that some strategies worked better than others. In 1988, after an internship at the VA hospital in Atlanta, Marcus came to Brown for a postdoctoral fellowship in behavioral medicine, a field which integrates psychology and medicine.

“When I came to The Miriam Hospital,” Marcus said, “the faculty were doing mostly tobacco research. I Members of the California delegation at a Vatican conference, Health of People, Health of Planet and our Responsibility: Climate Change, Air Pollution and Health

started sitting at the meetings, with all of these addiction researchers, and they talked about why the smoking cessation programs were not going that well.” Patients described not having much energy, having high levels of stress, and bad moods, being afraid they would gain weight if they quit smoking, or actually gaining weight when they quit smoking.

“I remember sitting at this meeting, and here I am, a young post doc, and I got the courage to say: ‘You know there’s this thing called exercise, and it would do all of the things that you’re talking about. And there is no downside, there’re no side effects.’” She got the support to write her first grant, and subsequently found that people who started to exercise while in a smoking cessation treatment program were twice as likely to quit smoking and gained half as much weight.

Marcus continued her work in Rhode Island for the next 20 years, researching physical activity behavior, developing interventions to promote physical activity, and studying whether physical activity can help people quit smoking and maintain abstinence. By 2011, she was a professor of medical science and psychiatry and human behavior at Brown and director of the Centers for Behavioral and Preventive Medicine at The Miriam Hospital, and had published over 150 journal articles and authored three books. As her research grew more focused on Latino populations and took a technology turn, she wanted to do a sabbatical in San Diego to work with their large Latino community and be nearer the technology sector.

When the opportunity arose to become chair of the Department of Family Medicine and Public Health at the University of California San Diego, Marcus took the job, remaining an adjunct professor at Brown to facilitate her ongoing collaborations. UC San Diego appointed her the School of Medicine’s inaugural senior associate dean for Public Health in 2014. As dean, Marcus created the Institute for Public Health, promoted public health research and education activities across campus, and supervised the medical school’s public health degree offerings. She oversaw the establishment of a bachelor of science in public health, the first undergraduate degree offered by the School of Medicine, a doctoral program in biostatistics, and a new master of public health program. Under her leadership, the department’s research portfolio and faculty grew exponentially.

In January of 2017, after the sixth person mentioned the open deanship at what was now the Brown University School of Public Health, Marcus said, “All right, I have to take a look at this position. It was really the only position I would have left San Diego for. I loved San Diego and I loved my job there.”

Since arriving in November, Marcus has been learning more about the larger Brown community while getting to re-know the School. “Certainly our number of students has grown, and that’s super exciting to see,” she said, “and our new areas, like the Mindfulness Center and environmental health. I see my job as taking the areas that we’re great in, and making sure those areas stay strong. And the areas that we’re good at, nurturing them to be great. And then coming up with new emerging areas that we want to be known for.”

As Marcus recognizes the School’s opportunities and challenges, she keeps in mind the larger public health problems currently facing the US.

“Tobacco use, poor eating, and poor exercise are contributing to more than 50 percent of premature mortality, never mind lack of quality of life,” she said. “That’s a huge opportunity for us. I think the biggest challenge for public health is, how do we make the healthy choice the easy choice? How do we make it so that fruits and vegetables are inexpensive and easily available? As long as brownies and cookies are cheap and ubiquitous, we have an uphill battle. How do we meet people where they are, and help to nudge them along? Making the healthy choice the easy choice is something that we need to embrace at a variety of levels.”