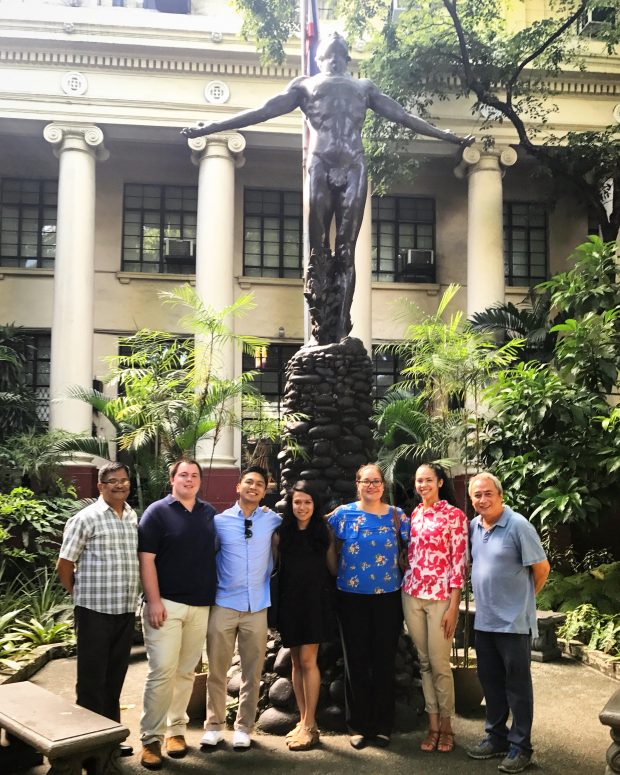 Out of the Classroom and into the Field

Global fieldwork requires getting out of one’s physical, psychological, and cultural comfort zones and being immersed in challenging and sometimes dangerous environments.

In an ever-changing world of increasing climate change, unprecedented natural disasters, uncertain healthcare policies, and growing disease epidemics, the need for global communication and partnership is greater than ever. The field of global public health is dedicated to improving health and reducing health inequalities in populations around the world. Graduate students at the Brown University School of Public Health are contributing to the growth and success of this field by tackling pressing issues both inside and outside the classroom.

Associate Dean for Academic Affairs and Professor of Behavioral and Social Sciences, Don Operario, PhD, believes in the importance of global public health study. “We are living in an incredibly interconnected world,” he said. “The health of human populations across the globe is more intertwined and interdependent than ever. As students and scholars of global public health, we have an ethical responsibility to work collaboratively and in partnership with colleagues throughout the world, and to put our methodological and analytic skills to good use in order to address global-social inequities in health and to improve health for all.”

Arjee Restar, MPH, and Ashley Perez, ScM‘17 are doing just that. They’re working in areas where HIV is rising in vulnerable communities, with limited infrastructure to address the needs of those communities. Restar, a second year doctoral student in Behavioral and Social Health Sciences, works in the Philippines, which according to Dr. Operario, “is experiencing one of the fastest growing HIV epidemics in the world.” Because the epidemic there is so new, Restar is laying a foundation for the development of basic HIV prevention, testing, and treatment interventions for young gay men and transgender people. Due to stigma, these groups are highly underserved in public health and clinical settings, so Restar’s work has both public health and social advocacy components. Perez, a Public Health alumna who completed a Master’s in Behavioral and Social Health Sciences in 2017, conducts HIV research in China. “Her work takes place in a setting with relatively better HIV prevention and treatment infrastructure overall,” Operario said, “but where attention to gay men has been limited due to stigma and political will.” Perez is working to develop mobile health applications to promote HIV testing and prevention that she hopes will lead to  sustainable public health solutions within this social and cultural context.

Restar’s project, based in Metropolitan Manila, qualitatively examines the context of how socio- ecological factors affect uptake and adherence of HIV-related services among gay and transgender youths and young adults. She is also examining the challenges and strengths of delivering these services among providers and organizations dedicated to serving these populations. Some examples of HIV-related services examined were condoms, HIV testing and counseling, pre- and post-exposure prophylaxes (PrEP and PEP), anti-retroviral therapy (ART), and hormone replacement therapy (HRT). Her project was funded by Brown’s Global Health Initiative, Minority Health and Health Disparities International Research Training (MHIRT) Program.

“On an academic level, this project is important to me because it is the first independent project that I’m spearheading,” Restar said. “My experiences launching a study in an international setting will help me to define and recognize my abilities and skills as a research investigator, as well as acknowledge areas for improvement. On a social level, this project is important to me because transgender youths and young adults are often uncentered and not included in many HIV reduction programs. This has many implications, including driving transgender communities further underground and away from public health care, leaving them to fend for themselves. Transgender communities, particularly in a highly religious environment like the Philippines, are often stigmatized and seen as ‘not a priority’ in society, particularly from providers’ point-of-view. It is my goal to change that.”

Perez’s work in Hefei, China, in collaboration with Anhui Medical University, is a mobile health project that aims to increase utilization of oral HIV self-testing among men who have sex with men. For the project, called WeTest, she used WeChat, a popular smartphone application in China, to deliver risk reduction messages to participants. To prepare for the last phase of WeTest, Perez traveled to China with Dr. Operario for 10 days to study procedures, data management, and survey development. While in China, Perez gave instructional presentations on conducting qualitative data analysis and on using a qualitative analysis software called MAXQDA.

“This was my first trip to China,” Perez said, “and WeTest is the first intervention project that I’ve worked on, so it’s been an incredibly enriching experience, especially since it’s so hands on. I’ve worked on other research projects, but this project has shown me the true meaning of teamwork. There are many members of the research team,” she said, “all with different strengths and different project roles, and each of them is critical to making the project come to fruition.”  Perez’s interest in sexual and gender minority health drew her to this research project. “We hope this study will ultimately increase HIV testing rates,” she said. “The findings could offer insight on strategies to increase self-testing utilization, not only in China but in other settings as well.”

Professor Operario, a mentor to both young researchers, acknowledged that “It takes a special type of student to become involved in global public health. This is not glamorous work,” he said. “The appeal of international travel gets old fast. This work requires getting out of one’s physical, psychological, and cultural comfort zones and being immersed in challenging and sometimes dangerous environments, in order to collect data or implement research projects. Brown students who do this work are not looking for quick fixes or easy solutions to global public health problems,” he said, “but they see their skills contributing incrementally and collaboratively to new knowledge that, over time, can yield improvements to community and population health.”