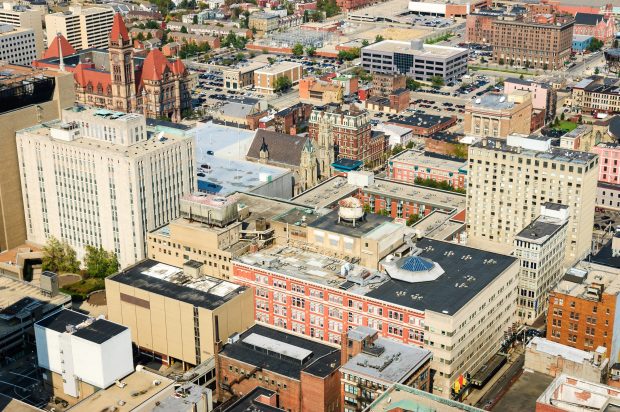 Intervention by researchers reduced household lead below levels previously deemed achievable and reduced blood lead concentrations in more highly exposed children, though the decrease did not result in significant neurobehavioral improvements in children.

New data from a long-term study of 355 mothers and their children found that fixing peeling paint and removing other household sources of lead during the mother’s pregnancy can reduce levels of dust lead in homes to levels significantly lower than previously deemed achievable.

“There is no safe level of lead,” said Joseph Braun, associate professor of epidemiology and lead author on the study. “We were able to achieve dust lead levels considerably lower than the current EPA standards for lead remediation and at levels where far fewer children are at risk of being lead-poisoned in their homes.”

The JAMA Pediatrics paper was part of the Health Outcomes and Measures of the Environment (HOME) study in Cincinnati, Ohio, which followed a group of mothers and their children from the city since pregnancy, beginning in 2003. To conduct the randomized study, the research team visited the homes of 174 pregnant women to specifically address the lead hazards present in each residence. Measures included repairing and repainting peeling lead-based paint, replacing windows with lead-based paint, installing window trough liners, installing tap-water filters for drinking water, and covering bare lead-contaminated soil with groundcover. The other 181 pregnant women randomly assigned to the control group received injury prevention devices, such as baby gates, instead of lead remediation measures.

Residential dust lead levels were measured before the intervention and when children were 1 and 2 years old. These targeted lead-reduction interventions reduced the lead dust levels compared to the untreated group on windowsills by 40 percent and in window troughs 47 percent. These significant improvements persisted when the household lead dust levels were measured when the children were two years old.

Bruce Lanphear, of Simon Fraser University in Vancouver, British Columbia, who initiated the study, said. “We showed you could achieve dust lead levels considerably lower levels than the current EPA standards. The EPA has delayed promulgating science-based standards because they lacked this evidence.”

The intervention’s effects on health

Even so, lower dust lead levels did not cause significantly lower blood lead levels across the full study population.

In analyzing eight years of data from the study, the researchers found that children who lived in the remediated houses had blood lead levels 6 percent lower than the control group — a finding that was not statistically significant. However, among black children, who are more than twice as likely to have high levels of lead in their blood than white children, the team found that blood lead levels for those who grew up in the houses where paint and other lead sources had been addressed were reduced by 31 percent.

“We don’t know exactly why the study was only statistically significant for the black children,” Braun said. “One possible explanation is that because black children have higher residential lead exposure, they have higher blood lead concentrations, so it could be that there’s just more room for the intervention to have an effect. The needle can move further when you’re further away from the zero mark. But there could be other explanations, and we’re doing more work right now to try to figure that out.”

In addition, the intervention had no significant positive impact on the behavior or intelligence of children in these homes — suggesting that eliminating residential lead exposure altogether may be the only viable option to fully prevent adverse neurobehavioral reductions related to lead.

The researchers selected six different behavioral and intelligence tests to capture many different neurobehavioral dimensions, Braun said. They administered these tests and parents completed surveys rating their children’s behavior, such as anxiety levels and hyperactivity, at visits conducted when the children were 1, 2, 3, 4, 5 and 8 years old — the same visits in which they collected blood samples for lead testing.

Braun and the research team will continue to analyze the data from this long-term study to see if subgroups of children did experience any significant improvements to behavior or IQ, he said. Perhaps children whose homes were renovated more benefitted to a greater degree, for example.