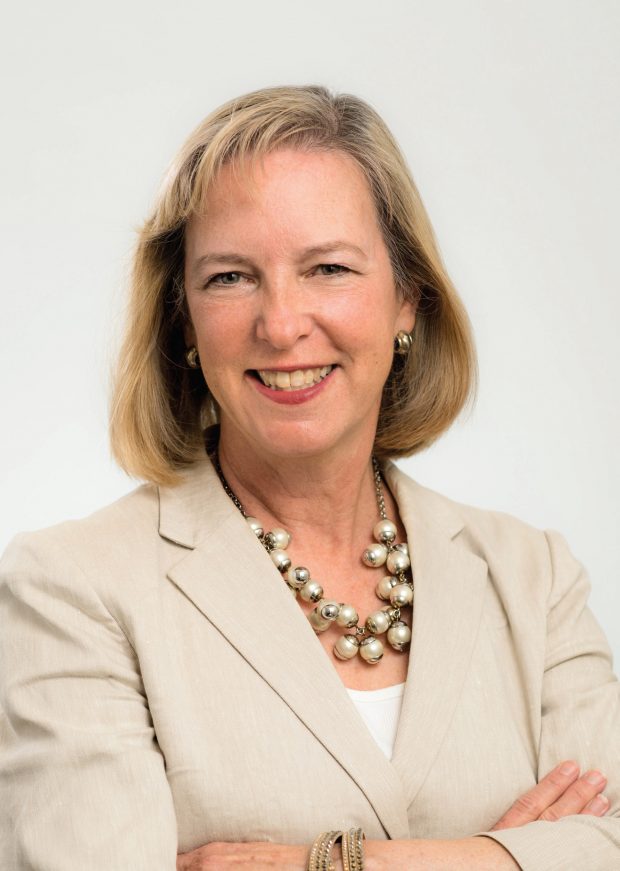 For 25 years, Elizabeth Burke Bryant has been at the helm of Rhode Island KIDS COUNT, an organization dedicated to improving children’s lives by using information to change public policy.

You’ve been executive director of Rhode Island KIDS COUNT since its founding. What made you dedicate yourself to child advocacy?

As a city solicitor in Providence’s newly established Housing Court in the 1990s, I was sent to look at buildings with housing code violations. Just a mile from where I grew up, I was going into apartments and seeing roaches and rodents. Faulty wiring. Children sleeping on the floor. I wondered, “How can children in Providence be living like this?” Then I thought, “How can we make better public policy that will affect lots of kids and give them a chance to reach their full potential?” When I became director of policy for the City of Providence, I worked on housing, human services, and other areas that were important in terms of supporting children and families. Then, in 1994, I was asked by the Rhode Island Foundation to consider what it would look like to have a high-quality, data-based child advocacy organization in Rhode Island.

How does Rhode Island KIDS COUNT find out how children are doing?

Data is our foundation. We use the best available data to let people know how our children are doing, and we track trends over time. When we started, this was new. There were references to using data, but not in any systematic way. Now we partner with a wide array of state agencies and nonprofits that work with children—not to mention Brown University. And it’s not just about data: it’s about using the data we track to turn policy in the right direction. We communicate about the issue in a way that policy makers and the public can understand—and act on.

What do you track?

When we started, we reported on 22 indicators of child well-being. Now, in our annual Rhode Island Kids Count Factbook, there are 71. We look at a wide range of issues, including children’s health and welfare, economic well-being, safety, housing, juvenile justice, education, and early childhood development.

In what areas have your data helped move the policy needle?

In 2007, a law was passed that said that 17-year-olds should be tried as adults and serve time at the Adult Correctional Institutions. We led an advocacy campaign with community partners to show that 17-year-olds should not be in the adult system. Their brains are still developing, and it’s far better that they be kept in the juvenile justice system, where the focus is rehabilitation. Just four months after the law passed, the General Assembly came back in special session and reversed the law, which returned 17-year-olds back to the jurisdiction of the RI Family Court.

Childhood lead poisoning is another area where our data helped to move the policy needle. Back in 1996, we worked with the RI Department of Health to get lead poisoning data out into the public in a way that people could understand – we tracked the percentage of children entering kindergarten with elevated blood lead levels. We showed alarming data about the prevalence of lead poisoning across the state, and particularly in the core cities, where more than two-thirds of Rhode Island’s poor children live. There were lots of public policy responses. One was the Lead Hazard Mitigation Act, passed by the General Assembly in 2005. Other studies that were important ways to get the word out were conducted by Professor of Pediatrics Patrick Vivier, who mapped lead poisoning by neighborhood and showed that lead exposure among preschoolers can predict low reading scores.

We continued to provide yearly data in our Factbook that eventually showed a dramatic decrease in lead poisoning from 1996 to the present—which is good news, but the work must continue until lead poisoning is completely eliminated. Today, we work with the School of Public Health’s Hassenfeld Child Health Innovation Institute—of which Vivier is the inaugural director—on issues like childhood obesity and asthma.

It takes many partnerships and committed parents and citizens and leaders to make these things happen.

The materials you publish are very reader-friendly. Why is clear communication about these issues important?

If you want to help ensure that policies with the best chance of improving outcomes for children get adopted, it’s really a communications endeavor. You can’t come across like a policy wonk or an academic. Policymakers are busy. You have to be able to talk in terms your grandmother would understand.

We deliver our Factbook to the Governor, every member of the General Assembly, the RI Congressional delegation, every mayor, every city and town council, every school committee, and public libraries across the state. It’s always great to go up to the State House and see the Factbook on the desks of the members of the House and Senate, or see one of them running down the hall to a hearing with a Factbook under their arm because they’re looking something up to be sure they have a handle on the numbers.

Why do the health and well-being of all the kids in our state matter?

We have emphasized that it’s the health and well-being of the whole child that matters—their economic security, health, development, safety, and education.  We have made major progress in making sure that Rhode Island children have access to high quality health insurance coverage—now 98% percent of RI children are covered. How healthy a child is has an impact on how well they’re able to do in school, which has an impact on the kind of job they’ll be able to get later in life. All of these things are interconnected. Rhode Island’s economic prosperity depends on having healthy, well-educated children.

We have a growing and wonderfully diverse population, and making sure that all of our children and families have access to the services that they need makes a difference to the overall well- being of our state. All kids deserve to reach their full potential. It’s better for everyone.

These days, what keeps you up at night?

In addition to unacceptable racial and ethnic disparities in terms of children’s outcomes across all issue areas, the latest RICAS test scores. We urgently need to focus on how to change these numbers around. We can’t afford to have so many children and youth across the state failing to meet expectations, given how important education is to their future – to having the opportunity to get a good job, being able to support a family and contribute to Rhode Island’s success. The recent test results are getting a very well-deserved amount of attention, and I hope that will be sustained until there’s a plan that we stick to to get these numbers quickly moving in the right direction.