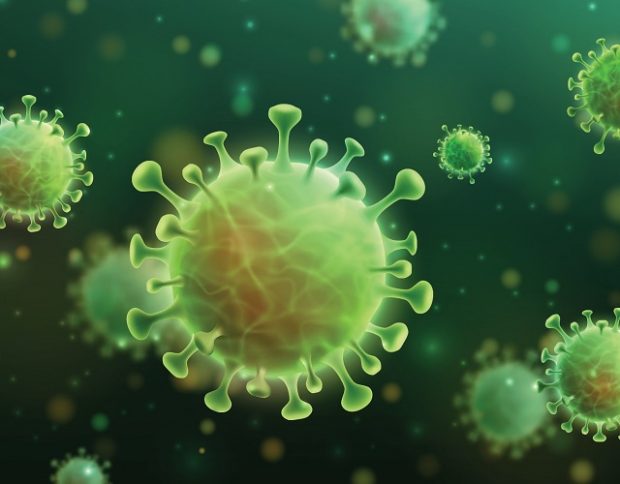 As the COVID-19 situation evolves daily, public health officials and media have sought insight and advice from a raft of Brown School of Public Health faculty, recognizing their expertise in global health, epidemiology, medicine and anthropology, as well as their philosophy of integrating knowledge across disciplines to develop solutions to public health issues.

Mark Lurie, PhD, associate professor of Public Health Epidemiology, has special expertise in the spread of infectious disease including tuberculosis, once another respiratory pandemic.He has been interviewed by The New York Times, The Providence Journal and New York Magazine’s The Cut, among many other media outlets.

In these media interviews, Lurie notes a few similarities but many important differences between the 2003 Severe Acute Respiratory Syndrome (SARS) epidemic and the current COVID-19 pandemic; these insights offer some important guidance on tackling COVID-19.Both SARS and COVID-19 are infectious diseases, transmitted through respiratory droplets. Both originated in the “wet markets” of China. Wet markets are open-air street markets that sell fresh meat, fish and produce alongside live animals for consumption, as distinguished from “dry markets” which sell durable goods like fabrics and electronics. Both SARS and COVID-19 are coronaviruses, zoonotic diseases that jump from animals to humans. Both are thought to have originated in bats and then to have jumped to intermediary hosts like pigs, civets or pangolins, and then to have been transmitted to people. Chinese studies in the last two or three months seem to show that these two coronaviruses share 80% of the same genetic code, suggesting that the same treatment or vaccine might work for both. But, while there is still no specific treatment or vaccine for SARS, some drugs and pre-clinical vaccines are being studied which might, at some point, also be useful for COVID-19.

However, Lurie warns that key differences between SARS and COVID-19 are likely to be more critical to addressing the current pandemic. He explains: With SARS, peak infectiousness occurred many days after the appearance of first symptoms so detecting people with the virus was relatively easy. “This epidemiological curiosity was likely a major reason for the relatively swift end of the SARS epidemic,” says Lurie. Patients with SARS could be quickly identified and quarantined. “By interrupting all human-to-human transmission, SARS was effectively eradicated,” he adds. In sharp contrast, Lurie points out, people infected with COVID-19 appear to be asymptomatic for as long as 14 days, meaning they can transmit the virus to other people for two weeks without even knowing they are sick. For COVID-19, Lurie counsels, the medical community has to rely heavily on an important epidemiological approach called “contact tracing.” Every time someone becomes symptomatic, healthcare professionals should try to identify, quarantine and monitor everyone for 14 days that the symptomatic person has contacted within the prior two weeks. Since COVID-19 appears to be highly contagious and hard to detect, eventually government officials may have to just shut down human interactions, send people home and quarantine whole swaths of the country for two weeks or more. Such drastic measures seem to be working in China and South Korea where the COVID-19 outbreaks have been the worst so far.

But another Brown professor provides important perspectives on Chinese society that need to be considered if we are to try to apply their public health approaches in our own country. “I think that it’s just as important to understand the social and political context behind an epidemic as it is to understand the symptoms and causes of the virus,” says Katherine Mason, assistant professor of Anthropology and an expert on public health in China. Mason majored in molecular biology before teaching English in China when SARS broke out. Her first-hand observations interested her in the cultural gulf between China and other countries’ approach to public health.“When it comes to the spread of a virus, government transparency is just as important as good medical care, and public panic is just as detrimental as poor medical care.” Mason points out that the Chinese government was slow to respond to the SARS epidemic and was roundly criticized for that by the international community. Since then, China has overhauled its public health system, dedicating a “huge amount of resources to a health surveillance system with a strict chain of command” and they have also put in place “better systems for sharing information.” Whether such authoritarian measures would be tolerated in the U.S. remains to be seen.

For the moment, U.S. government officials will have to rely on current Centers for Disease Control(CDC) surveillance and guidance for managing COVID-19. But, one sub-population in particular that should be monitored is the prison population, warns Dr. Josiah (“Jody”) Rich, a professor of Medicine and Epidemiology, who has researched the spread of diseases like HIV/AIDs in prisons for decades.County jails and Federal prisons could become hotbeds for infection if public health officials and correctional facility administrators don’t act quickly to put measures in place to diminish that prospect. “When [COVID-19]pops, and it’s about to, it’s going to be really ugly,” Rich told The Huffington Post. In addition to inmates, guards, doctors and other prison staff could be at risk because of close quarters and person-to-person interactions in the prisons; that staff, in turn, could carry the virus to the outside community after their shifts, putting the general public at risk. CDC measures for limiting the spread of COVID-19 should be implemented aggressively in prisons, advises Rich, and the U.S. should consider limiting the number of prisoners, even perhaps temporarily releasing some, like Iran has.

In addition to these faculty, Brown School of Public Health will be adding to its global health expertise with the appointment of Dr. Ashish K. Jha as the new dean of Brown School of Public Health, effective September 1, as previously announced.Dr. Jha, a widely sought global health expert, an accomplished physician, health policy researcher and global health advocate, is currently the faculty director of the Harvard Global Health Institute.Interviewed on MSNBC’s Morning Joe, Dr. Jha criticized the Federal government’s initial lack of urgency and underestimation of the COVID-19 risk, and therefore the government’s failure to develop and distribute test kits widely for COVID-19. “In the U.S., we have the most innovative health community in the world, a phenomenal health system,” said Jha. “But our government has been an impediment.” While Americans wait for tests to be more widely available, Jha urged Americans to heed the advice of the CDC–which he described as “the best public health agency in the world”–with its guidance on trying to prevent COVID-19 with basic steps like frequent hand washing for 20 seconds and social distancing.