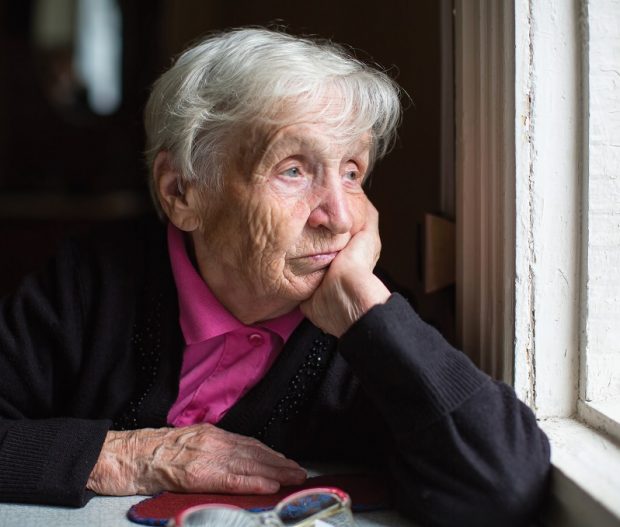 Coronavirus and the Isolation Paradox

“Social distancing” is required to prevent infection. But loneliness can make us sick.

IN DECEMBER, a woman in Tulsa, Okla. used a Craigslist post to plea for holiday companionship. “Anybody need a grandma for Christmas?” she wrote. “I’ll even bring food and gifts for the kids! I have nobody and it really hurts.” More than three in five working Americans report feeling lonely. Now that the country is facing a disease outbreak that demands measures like “social distancing,” working from home and quarantines, that epidemic of loneliness could get even worse.

A paradox of this moment is that while social distancing is required to contain the spread of the coronavirus, it may also contribute to poor health in the long run. So while physical isolation will be required for many Americans who have COVID-19 or have been exposed to it, it’s important that we don’t let such measures cause social and emotional isolation, too.

The Health Resources and Services Administration cautions that loneliness can be as damaging to health as smoking 15 cigarettes a day. Feelings of isolation and loneliness can increase the likelihood of depression, high blood pressure, and death from heart disease. They can also affect the immune system’s ability to fight infection—a fact that’s especially relevant during a pandemic. Studies have shown that loneliness can activate our fight-or-flight function, causing chronic inflammation and reducing the body’s ability to defend itself from viruses.

Across the country, people are being asked to work from home, universities are switching to virtual classes and large gatherings are being canceled. These are key strategies to prevent transmission, but they can come at a social and mental-health cost: furthering our sense of isolation from one another, and making us forget that we’re in this together.

Already we’re beginning to see suspicion and paranoia play out in public spaces. People struggling with allergies report that every cough elicits glares. In Sydney, Australia, reports say that a man died after he collapsed outside a Chinese restaurant and onlookers refused to perform CPR. Asian-Americans have reported racist comments and harassment, based on the wrongheaded belief that they’re more likely to be carrying the coronavirus.

A paradox of this moment is that while social distancing is required to contain the spread of the coronavirus, it may also contribute to poor health in the long run.

There is evidence that the more isolated people feel, the less likely they are to take measures to protect their fellow citizens. A study conducted in Germany found that, among a cohort of people aged 60 and up, increased loneliness was associated with lower rates of flu vaccination. In Taiwan, a feeling of closeness with neighbors was associated with the intention to get a vaccine, or to wash hands more frequently.

Similarly, an analysis of H1N1 vaccination rates after the 2009 swine flu pandemic found that states with higher rates of vaccination also had high rates of “social capital,” a measure of the extent to which people in a community have social networks and are willing to help one another.

A study conducted in Hong Kong in the aftermath of the SARS epidemic of 2003 found that among the elderly, measures of subjective well-being did not fall below normal levels. Researchers concluded that this was in part because of a sense of community connectedness.

Loneliness and isolation are especially problematic among older people. Twenty-seven percent of older Americans live alone. According to the H.R.S.A., among older people who report feeling lonely, there is a 45 percent increased chance of mortality. In a quarantine situation, this could become even more dire. Those who need lifesaving medication, require specific medical assistance, or have meals delivered to them may be unable to get those services.

For solutions, we can look to countries where people have been dealing with coronavirus for some time. As the BBC reported, people in China are turning to creative means to stay connected. Some are streaming concerts and gym classes. Others are organizing virtual book-club meetings. In Wuhan, people gathered at their windows to shout “Wuhan, jiayou!” which translates to “Keep fighting, Wuhan!” A business owner packed 200 meals for medical workers, while a villager in a neighboring province donated 15,000 masks to those in need.

For those of us who know people, especially elderly people, who may be isolated, get connected. Check in daily and look for ways to spend time together, either through a FaceTime or WhatsApp call, through collaborative gaming or just by using the telephone.

Of course, none of this behavior is a substitute for good government policy. Societies that have a more communal bent also tend to have a social safety net and better sick leave policies that facilitate efforts to contain the virus. Activists in Chicago have put out a list of demands, including free testing and medical care for people with COVID-19. In Detroit, activists have convinced the city government to reinstate water service to thousands who have been cut off for not paying their bills with no cost to them for the first 30 days.

It may provide some comfort to know that thousands of other people are going through the same thing, and as in China, collective coping strategies will emerge. TikTok videos, memes, stories, essays and poems about living in isolation will all become part of the culture. We could come out of this feeling more connected to each other than before.